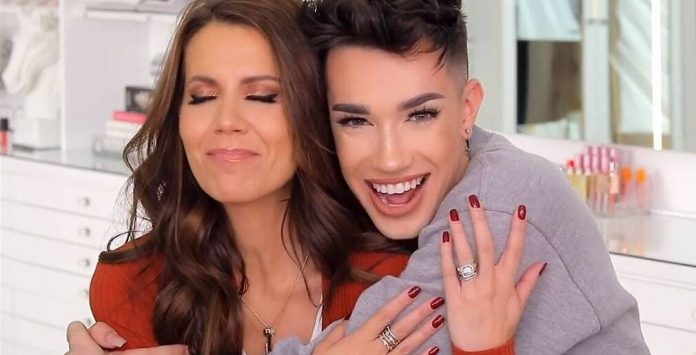 Sister James is no stranger to drama. The beauty community is used to “beau-tubers” stirring the pot, but the biggest controversy as of late would be that of James Charles, who’s subscriber count recently plummeted, losing over 3 million subscribers in less than a week. What made all of these viewers say “sister SEE YA”? A recent feud between James and another YouTuber, Tati Westbrook, is the cause of this massive fall from grace. This is only the most recent drama for James Charles, and today we are going to take a look at some of the other controversies that revolve around him.

Tati was not only one of James’ good friends, but also his YouTube mentor. When Tati came out with her own vitamin supplement, she asked her BFF James to promote her product on his channel to his over 14 million subscribers. However, Tati did not offer to pay James for his advertisement. James declined by saying that most of his subscribers are young kids, under the age of 16, and he wouldn’t feel right promoting supplements to children. Makes sense, right? Well if it would have ended there, then there wouldn’t be a problem. Merely days later, James posted a video promoting Tati’s main competitor against her supplement line, Sugar Bear Hair vitamins. Tati was hurt and took to YouTube to voice her frustration. She talked about how James, who is openly gay, would constantly make straight men, who most of which were married to women, very uncomfortable by hitting on them, even though he knew that they were taken and straight. Other YouTubers also came forward against James, voicing their concerns about this same issue. Most of the videos have since been deleted, and for now it seems that the feud has come to a close.

In 2017, James attended a school trip to Africa. It was all fun and games until James posted a tweet that A LOT of people found extremely offensive. The tweet said, “I can’t believe we’re going to Africa today omg what if we get Ebola?” Shortly after posting the tweet, he took it down and posted an apology tweet stating that he understood that his post was offensive and that he “clearly has a lot to learn.” Apology tweets are a common thing with James, you will notice that as we continue.

Referring back to the “straight boy” drama from our most recent scandal, in 2018, James apparently left TONS of inappropriate comments on the social media accounts of fellow YouTuber, Shawn Mendes. During a live stream in which Shawn was demonstrating his juggling skills, James commented, “Can you juggle me like that?” immediately after, Shawn ended his stream, leaving fans in speculation that James’ comment was responsible for Shawn ending his stream. James again posted an apology tweet and the two remained friends.

In James’ video titled, “The TRUTH…My Crush Does My Makeup,” James and his friend Jeff talked about James’ sexuality. Jeff asked, “You’re not even full gay?” to which James replied, “I mean no, there have been girls in the past that I have felt were really, really beautiful, there’s also been like trans guys in the past that I was like really, really into for a moment.” Fans sounded off in the comment section of the video, upset that James lumped Trans men and cisgender women into one category.  James posted a tweet apologizing, stating that he “should’ve chosen his words wiser,” and that he was not trying to say that his “trans brothers and sisters aren’t valid.”

Fans were overjoyed to find out that James would be going on tour all over the U.S. However, when they found out how much they would be shelling out for a ticket, the happiness quickly faded into rage. James was charging $500 for a ticket. There were other ticket options which started at $52, but the meet and greet tickets were $500. Fans were upset by this because like James said to Tati, most of his fans were very young children, who were either too young to work and would have to beg their parents for the money, or would could very well end up spending every cent that they earned for one ticket.  James responded by saying “I am sorry that we disappointed many of you. We have worked very hard to put this tour together and want it to be accessible for everyone & an amazing experience no matter the ticket.” Some YouTubers commented that it’s his tour and he should be allowed to charge whatever he wants, and some even went as far as to say that he is only charging what he knows his fans will pay. I am sure that his fans WILL pay $500 to meet him, but it should be taken into consideration how they will get that money, and how much they would have left after spending that much on his ticket.

When you are in the spotlight of course people are going to talk. You have millions of eyes and ears homing in on you at all times, and anything that you say can be taken millions of different ways. Some people love drama, and if you aren’t careful, they will take what you say and run with it. However, his is no excuse for most of the things on this list and really not an excuse to say hurtful things, ever. Even if you don’t have millions of followers, it’s always best to think twice before you act, or in this case, tweet.