Everything You Need To Know About Botox Revealed 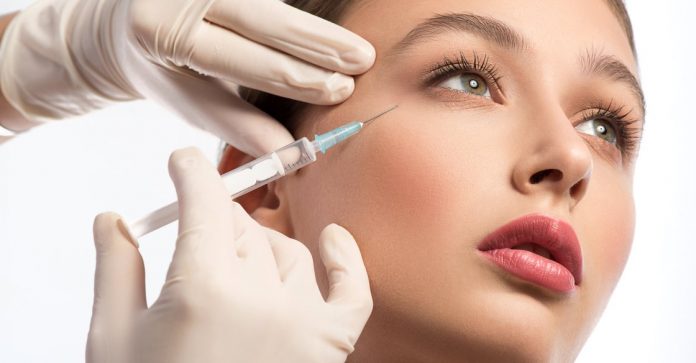 Botox is the most popular non-invasive treatment in America, according to figures from the American Society of Plastic Surgeons. Of the 1.5 million Botox treatments which are carried out each year, more than 86% of them are administered into women. But just what does this increasingly popular non-invasive beauty treatment involve and does it really live up to the hype?

What exactly is Botox?

You’ve most likely heard the word Botox as the brand has been around for years, but chances are you’re not entirely sure what it consists of. Botox, or Botulinum Toxin, to give it its official title is an injectable for the face which is used to temporarily relax the facial muscles. In turn, this limits the appearance of wrinkles, crows feet, and other noticeable signs of aging.

How does Botox work?

If you’re afraid of needles, then look away now as Botox is injected into specific points of the face. Botox is measured in units, but it’s unlikely that just the one unit will have an effect on your facial muscles. Experts typically recommend that up to 20 units are injected into the forehead to keep the area smooth and wrinkle-free. These units are usually administered in three or four injection sites on the forehead.

Arguably, the biggest benefit of undergoing Botox for cosmetic purposes is that it will keep you looking younger for longer. The majority of women start worrying about aging when they’re 29 years old, according to research. As such, experts recommend that 25 is the ideal age to have your first dose of Botox. But it’s not just your physical appearance that can benefit as research highlighted in The Journal of Psychiatric Research has shown that injectables in the face can ease anxiety in women who worry about their appearance.

What happens after having Botox?

Following your Botox injections, you won’t suddenly look ten years younger. In fact, you’ll have to wait at least two days for the Botox to start working its magic. During this time you may also experience some pain, swelling, tenderness, and bruising at and around the injection sites. This is considered normal, but if you’re concerned, you should seek medical advice. From there, you’ll typically benefit for between four and six months, After this time, the Botox will start to wear off and a new dose will need to be administered.

Botox is rising in popularity due to the cosmetic gains that it brings. However, while it is a simple procedure, it’s important that individuals understand the full nature of the product that’s being injected into their face, along with the benefits and risks that it brings.

To Wear or Not to Wear

There is something liberating about freeing yourself. You get a sense of ownership that wasn’t really there before. Putting yourself in control! That's what...
Read more
Skincare

3 Affordable Spa Facials for Mom Mothers, housewives, and most modern women are overworked and constantly on the go. It is no surprise that...
Read more
Skincare

What in the world is going on?? I thought I had seen it all until I woke up this morning and my Facebook timeline...
Read more