Avengers:Endgame – Love It or Hate It? 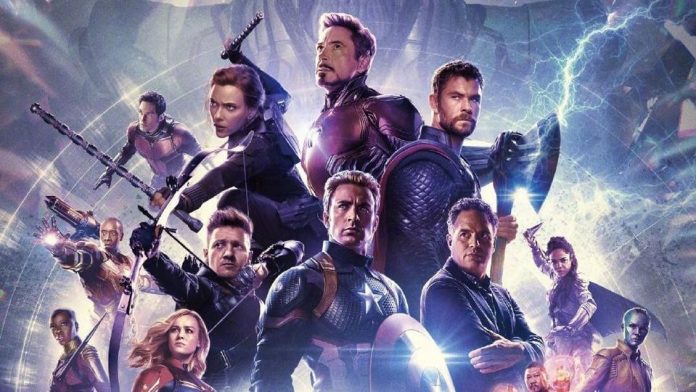 Avengers: Endgame picks up right where Infinity War left off in a world forever changed after Thanos, a supervillian so powerful that even the allied forces of the Avengers couldn’t defeat him, destroyed half of all life in the universe with a snap of his fingers.  Some of those vaporized by that snap included popular Avenger superheroes such as Black Panther, Bucky Barnes, and Nick Fury.

After waiting a year to get some answers, I went to get tickets early Thursday morning and it appeared all three theaters in our area were already sold out for every showing.  My son and I are big fans of the Avenger franchise and I’m not one to give up easily, so I used the theater’s app to search every show in every theater and then, when I was on the last theater and the second to last showing, voilá – two seats on opening night!  They were in the front row which I hate and it would end well past when my son should be in bed on a school night, but I snatched them up anyway.  We weren’t going to take a chance on seeing any spoilers on social media that would ruin the movie experience.

With a running time of just over three hours, you need to limit your fluid intake or be prepared to leave for a bathroom break.  Once the action starts, you aren’t going to want to miss anything so plan accordingly.

In my opinion it took a little longer than I would like to get things going, but in true Avenger style, the heroes came together and unified their respective strengths to rectify wrongs and vanquish evil, although not necessarily in the way you might be expecting.  In a pivotal scene toward the end of the movie, the female Avengers teamed up in an awesome display of girl power and badassery that made me want to stand up and cheer. There was the usual comedic relief that we have come to expect in Marvel movies and guess what? Someone besides Thor is worthy to use the hammer but you’re going to have to see the movie to find out who!

I think the ending is where people become divided on whether they loved the movie or hated it.  Don’t worry, there are no spoilers here, but be prepared for some emotional scenes as the film wraps up.  Not one to display a lot of emotion, I didn’t shed any tears; however, the girl next to me was sobbing.  My son is one who has wasn’t happy about how Marvel chose to end some things but personally, I loved it.  In fact, I’m going to see it again tomorrow!

Robin McLean
A single mom with an AAS in Paralegal Studies, Robin is equal parts businesswoman and creative. With a background in business management and as a litigation and probate paralegal, she also manages talent which allows her to incorporate her love of photography, videography, writing, costuming, set design, and prop making. Ever on the quest to live her best life and stay active, she enjoys fitness classes, weightlifting, obstacle runs, cooking, scrapbooking, football, DIY projects around the house, and loves all animals.