Funny Mess-Ups in “Game of Thrones” 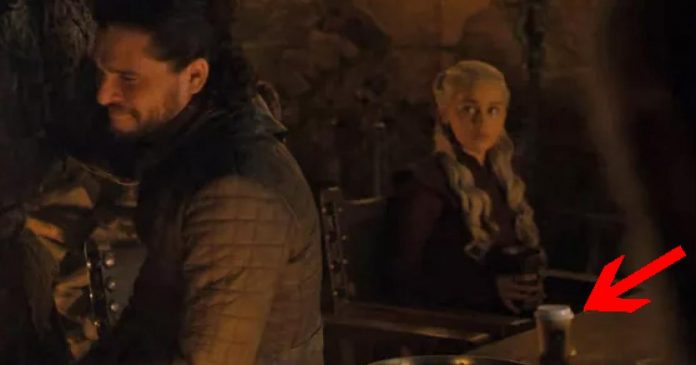 In 2011, HBO premiered a new fantasy drama show that would end up being the most popular show in the world. David Benioff and D.B. Weiss brought a series of books titled “A song of Ice and Fire” to life and gave us Game of Thrones. The show is coming to an end on May 19th this year, after 8 seasons. Everyone has come to love the characters, and it is with a heavy heart that we have to say goodbye, so to lighten the mood, I am bringing you some silly mistakes made by the cast and crew. Enjoy!

A Game of Thrones bloopers list would not be complete without mentioning Jon Snow’s rubber sword. In Season 6, Episode 9 titled, “Battle of the Bastards” Our good friend Jon Snow rushes to his horse and gracefully mounts it, almost. As Jon leaps onto his horse, you can clearly see that his sword is….well….floppy. The rubber sword has become one of the most well-known bloopers of the entire series. It’s worth a YouTube search, that’s for sure.

The most recent episode of the show was not safe from the close eye of it’s viewers. In Season 8, Episode 4, There is a scene in which Jon Snow, Wes Tolman, and Daenerys Targaryen are celebrating their victory in the previous battle, and apparently someone was sent out to “Ye Ol’ Starbucks” because there is a very noticeable and very modern Starbucks coffee cup in the middle of the table. Maybe the Dragon Queen used her postmates app?

In season 3 Episode 10 titled, “Valar Dohaeris” a scene in which character, Margaery Tyrell visits the Orphanage, there is a very noticeable Email notification sound in the background. I KNEW IT! Daenerys WAS using postmates after all! The mystery of the Starbucks cup, is solved.

This one is more of a continuity flaw rather than a crew mistake, Melisandre wears a magical necklace that not only brings Jon Snow back to life at one point, but also makes her appear young and beautiful. She is only protected by this magic if she is wearing the necklace. In season 4, Episode 7, Melisandre and Selyse have a conversation while Melisandre soaks in a bathtub. It is very clear that Melisandre is NOT wearing the necklace in that scene, therefore, she should not have appeared as the beautiful young woman that the magic makes her seem to be.

In the season 5 finale episode, character Stannis met his doom, and was defeated in battle. In his death scene, there was said to be a visible laptop charger peeking out from beneath his right leg. This caused a storm on Reddit and had everyone talking. Turns out that the laptop charger didn’t make its way into the episode, and it was actually only seen in a photo that was taken either before or after production. I still had to mention it though, because this little photo caused a huge stir in the Reddit community.

I very much enjoy looking up silly mishaps that somehow slipped past the production crew. Kind of a weird hobby, I know. I find it amazing that these shows are able to engulf us the way that they do and help us escape our reality. Of course, occasionally, a Starbucks cup comes along and drags us back down to earth.

What can be said about eight incredibly attractive men that lead their lives the same as most? If you look over globe...
Read more
Culture

Warning… All characters and events in this game--even those based on real people--are entirely fictional. The...
Read more
Entertainment

Everyone needs a weekend to relax, and just settle in with something to binge-watch. The following are my top suggestions to leave...
Read more