What’s the Deal with Avengers: Endgame? 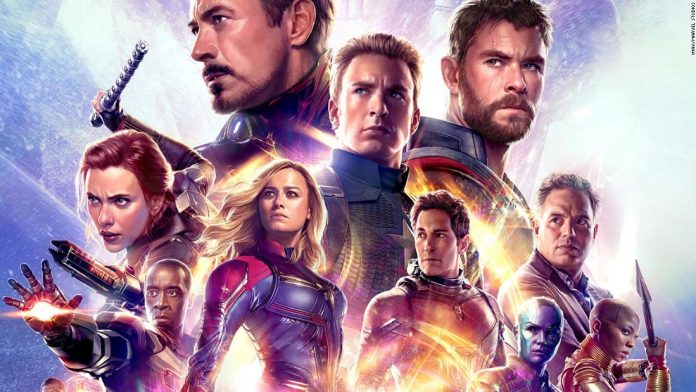 The new avengers film has brought in a whopping $1.210 BILLION, making it the highest grossing film of the year and the 17th highest grossing film of all time, thus far. Following Avengers: Infinity War, I was curious as to how they were going to pull this off without being incredibly predictable, so I went to see it myself and was blown away. I was laughing and crying through the entire thing. I highly recommend that you go see it if you were considering it.

Yes, Endgame is 3 hours and 2 minutes long. I was concerned with this because I tend to lose interest when watching movies, even if it is something that I really want to see. I figured that I would be over it by the middle of the second hour and just be bored out of my mind the rest of the movie. This however, was not the case AT ALL. If you are concerned about this long run time, don’t be. This movie was so action packed, and had hilarious jokes and Easter eggs every step of the way. There was not one second that I felt bored, and I had to pee for the last 2 hours, I wasn’t moving from my seat though.

“But I Haven’t Seen the Other Movies…”

Also not an issue. The way that this movie plays out, you can definitely still thoroughly enjoy it without ever seeing a single other marvel movie. Of course, if you have seen all, or even some of the other movies, you will notice tons of nods towards those movies and their characters. I, myself haven’t seen ALL of the other movies, and I was still up to speed during this entire film. If I am being honest, I will say that I found it just the slightest bit predictable, but there were plenty of twists and turns to make up for that. Also, I don’t hold the predictability against them, because there was really only one way that this movie could go, and they executed it perfectly.

“Well What Did the Critics Say?”

Rotten Tomatoes gave it a 95%, 9/10 on IMDb, and a 5/5 from Common Sense Media. Those are pretty good ratings. Common Sense Media had this to say about Endgame, “The Russo brothers’ poignant, powerful finale more than lives up to the hype: It’s a thrilling conclusion and a deeply emotional exploration of loss and love, duty and honor, friendship and family.” Well said, Common Sense Media. They also wrote, “Intense but satisfying finale is an epic gift to MCU fans.” And I agree.

In closing, I highly recommend this film. I was not expecting anywhere near what I got. At one point I actually said, “That was the best movie that I have seen in a long time” and I meant it. Whether you are a die-hard marvel or avengers fan, or even if you just saw the trailer and thought about going to see it, you will leave the theater satisfied. I also recommend that if you do go see it, you bring tissues.