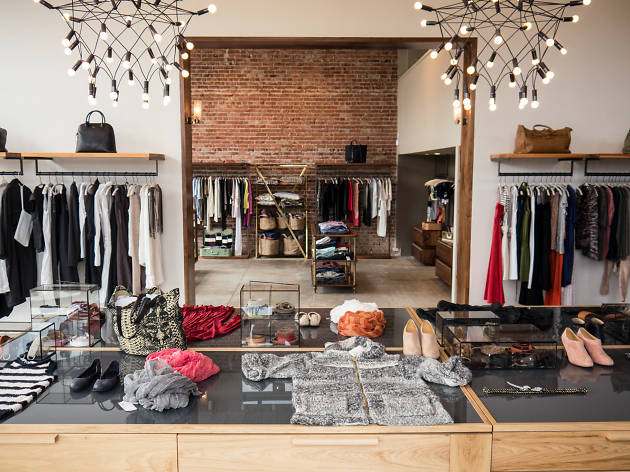 Everyone loves a good bargain. Or so I thought. Since the beginning of time when cave people roamed the earth, trying to get the best deal on wooden clubs and things, we have always wanted more for less. Who doesn’t? I have noticed that we are living in a world where your possessions define you. I guarantee right now there is a high school kid who is embarrassed because they don’t have the new IPhone. It getting even worse now. Brands like Gucci, Fendi, and Versace are becoming more and more popular in our society. No matter how much money you have, we are almost expected to have these brands in our closet. If I got a Gucci shirt from Goodwill would it still be accepted?

Why does this Stigma Exist?

Goodwill, Plato’s Closet, thrift stores, flea markets, those places. Growing up, I would not have been caught dead in a Goodwill. It would have been the most embarrassing thing in the world if some snobby popular girl wrinkled her nose in disgust as she whispered to her friend that I was wearing jeans from goodwill. Why though? Why is it considered a BAD thing to wear jeans from the goodwill? They could be the exact same jeans that the popular girl was wearing, same brand, same style, but because mine were from Goodwill, I’m poor and disgusting? My high school days are over, and now I want to revisit this topic and get to the bottom of it.

What do People Say about re-sale stores?

You may hear people say things like
“You don’t know who could have worn that! GROSS!”
“It’s USED, wouldn’t you rather have a new one?”
“You must be poor if you shop at Plato’s Closet.”
THROW THAT ALL OUT THE WINDOW!
Shopping at second-hand stores does NOT mean that you are poor, or gross. All it means is that you got your Victoria Secret pajamas for 5 bucks instead of 60. Clothes are washable and odds are they were washed before they were brought there, or maybe still have the tags attached. I am perfectly fine with the thought of buying a shirt that someone else has MAYBE worn before, especially if I can get that shirt for $1.

If the Goodwill isn’t your scene, but you still want to pay less for trendy clothing items, embrace the world of online shopping. There are TONS of new online clothing stores that keep up with the trends and fashion statements. ROMWE, Fashion Nova, Primark, and Missguided are just a few of the best, and affordable, online shops. Some offer free shipping on top of their low prices, making it an even better deal without even having to get out of bed. That’s my kind of shopping.

I can’t say that I haven’t felt the pressure to wear expensive brands, and I also can’t say that I haven’t spent ENTIRELY too much money on expensive makeup, But I had to take a step back and take off my “what society accepts” glasses, to see the big picture.
We need to ditch the stigma surrounding re-sale stores. We also need to leave behind this trend of deciding someone’s self-worth based on how much they spent on their outfit. If you can afford to buy brand new designer outfits, then that is great, you do that, but don’t make others feel bad because they can’t. I guarantee that if “Gucci girl” walked into goodwill with an open mind, she would find something that she likes, and for less than 10 bucks I bet.

Photo credit:FbleePhotos Once you have kids, the magic of Halloween seems to fall at the waist side. Let’s bring that magic back and get our...
Read more
Shopping

Women are Getting Charged More for their Products than Men

Women have been fighting for equality for many years. Current law changes have been causing an outrage among women, and it seems that it...
Read more
Shopping

With Mother’s Day right around the corner, you can probably guess that the wacky gift lists are quickly approaching. As a matter of fact, they are...
Read more