The Vagina: Your Body’s Coolest Organ 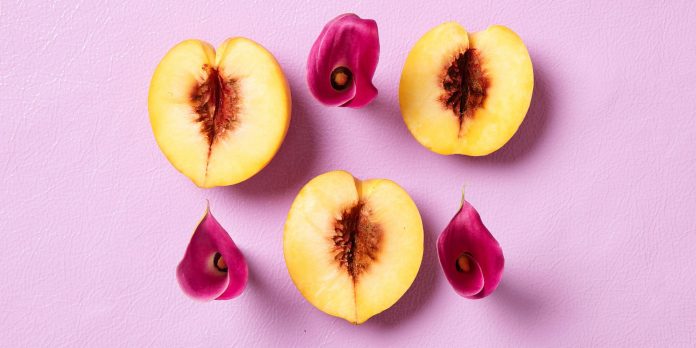 You don’t need me to tell you that the vagina is pretty cool. I mean really, aside from the eyes, it is the only organ that cleanses itself. If that alone isn’t enough to prove to you that the vagina deserves a “World’s Best” coffee mug, here are a few more facts- and a couple common misconceptions- that will blow your mind and make you glad to own one.

Discharge is Only USUALLY normal, not ALWAYS normal

You may know that the status of your lady fluids can change throughout your cycle. Around your ovulation day discharge reaches it’s “most likely to result in a baby” characteristics. Normal discharge should be either clear, white, or a mixture of the two and is usually pretty much odorless. A faint scent is okay, but if you notice anything outside of these boundaries going on, check with your gynecologist.

Many of us wrestle with our razors to get to those “hard to reach” areas while shaving down there. And some of us even go as far as to wax. OUCH! We know that the look of pubic hair is not very sought after, but did you know that when we are shaving with our leg in the air, we are actually removing one of our vagina’s functions? Pubic hair acts as a barrier protecting our lady parts. It is there to protect our sensitive areas from dirt, friction, and infections. If you still aren’t sold on growing things out down there, then maybe give waxing a try. Shaving leaves tiny, microscopic wounds that can leave you at risk to infection. Who knew?

The Vagina is Actually a Sperm Killing Machine

Believe it or not, sperm have to do a lot more than just win the race to fertilize an egg. Once inside the body, sperm have a 15 centimeter long journey ahead of them, which may not sound like much, but it’s a tedious venture. Generally, there are about 200 million sperm that enter the vagina. Only about 1% of those 200 million, about 2 million, ever make it to the cervix, the vagina’s natural acidic fluids kill off the rest.  From there, their numbers are slashed in half and only about 1 million make it to the uterus, and then only about 10,000 make it to the top of the uterus. The fallen soldiers here were more than likely taken out by white blood cells. From here, our 10,00 swimmers have to make a choice, right? Or left? In most cases, only 5000 choose the right direction. 5000 left, this is getting exciting right? Next, the sperm come to the uterotubal junction which is essentially a mucus-y maze. Around 1000 of the sperm make it in to the fallopian tube, the rest will get stuck in the mucus lining. After entering the tube, only about 200 out of the 1000 sperm will ever see the egg. The remainder will either get stuck to the lining of the oviduct, or just give out and die. Out of the approximately 200 that make it this far, only 1 will enter the egg for fertilization. After the winner makes his way inside, the rest are pushed away by the zona reaction, which makes the egg impenetrable to additional sperm, and they become food for the woman’s immune system. WOAH! In retrospect, you had a 200 million to 1 chance of being conceived. Any other egg or any other sperm would have resulted in you not being here. It’s pretty amazing when you think about it. Congratulations!

This last one is more of a hack than a fun fact. “Clue” is a phone app that helps you track your cycles and ovulation schedule. It’s all about you, so whether you are trying to get pregnant, or exactly the opposite, this app is beneficial to you. I have been using this app for about a year, so mine knows me pretty well. This is because every month when you input information about how your period is going, the app starts knowing your cycle a little better, and will eventually be entirely unique to your body and your circumstances. It can tell you when you will be most fertile, when your period is coming, and even when to expect cramps. #NotSponsored, but this app is pretty cool. Check it out in your app store.

There you have it. The human body, while kind of gross, is also pretty cool. I find it fascinating that everything seems to be just the way it needs to be for everything to work as it should. Pay attention to your body and remember it is always better to be safe than sorry. The vagina is cool and all, but I’m still not over that sperm thing. That’s crazy.

If you begin feeling sluggish and gloomy as the seasons change and days grow shorter, you are not alone. Many people deal with a...
Read more
Culture

I was watching some melodramatic high-school based Hulu show tonight, and the music, for some reason, took me back. The situations the characters were in took me back, and my mindless jabbering through shows brought me to some honest revelations and memories that I had basically blacked out.
Read more
Careers

By: Farrah Lee Women by nature, me included, tend to overthink everything. There is a concrete difference between what actually is there, and what we...
Read more