5 of the Most Common Female Names and their Origins 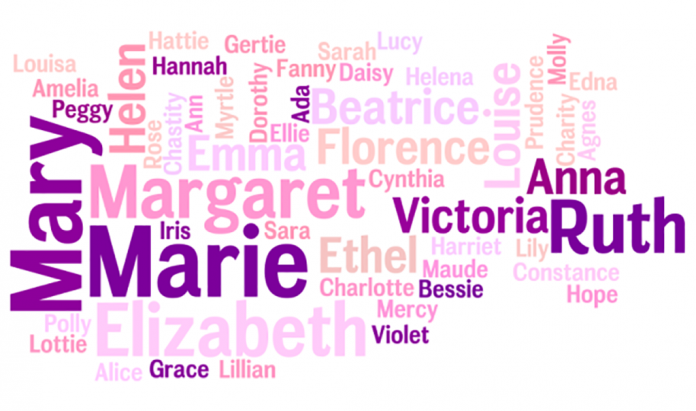 Everyday a woman finds out that she is having a baby girl, and the frenzy to find the best baby name begins. Everyone has their preference, some choose unique names, some name their children after relatives or close friends, some even choose the name of a video game character, me, I am “some”. Regardless of what your reasoning is, picking a name for your new baby is always an adventure. Here are the top 5 most common female names in the world, and their origins.

The name Sophia is derived from the Greek word “Σοφία” which means “wisdom, or skill”. It has been commonly used in England since the 17th century when James I chose the name for his infant daughter.

Feminine and romantic, Isabella is said to be the Italian and Spanish version of “Elizabeth,” which means “devoted to god” in Hebrew. There are many interchangeable variations of the name, some including Isabeth in Spain, Isabeau, and Isabel, earning it a spot in the top 5.

This beautiful name is shrouded with mystery. It is difficult to track down an exact origin for this one, but some say it comes from latin roots. Derived from the word “Avis” which means “Bird,” but could also be short for the name Chava, meaning “life” or “living one.” The name became popular in the 1990’s, after the death of actress Ava Gardner.

Derived from the latin word “olive,” this name was first popularized by William Shakespeare. A character in the “Twelfth Night” and has been traced all the way back to the thirteenth century in Europe. It became popular again in the mid 1990’s, and has remained one of the most popular names in the UK. It was the third most popular in Australia in 2013, and the second most popular in the US since 2014.  It is safe to say that “Olivia” is a world-loved name.

There is a reason that Ross and Rachel chose this name for their baby girl. Derived from an old German word meaning “whole” or “universal,” the name was introduced in England by Emma of Normandy, who was the wife of King Ethelred II, and mother of Edward the Confessor. Emma has been a popular choice for expecting moms since the 19th century.

Clock strikes 6AM and you're woken up from your slumber; not by the alarm clock but by your precious little bundle of joy. Time...
Read more
Parenting

9 Games to Play at a Sleepover with your Kids

There are so many fun games to play at a sleepover! How do you know what games your kids want to play? We’re here...
Read more