Home Home Parenting Baby Names: Are they a blessing or a curse?
HomeParenting

Baby Names: Are they a blessing or a curse?

Becoming a parent is an exciting time for most of us, especially when it comes to choosing our child’s name. Often times the expectant mother has been choosing names since she was a little girl and has a healthy list to choose from. She chooses names that sound cute, or have a nice ring to them when coupled with the father’s last name. Oh the joy of creating a winning combo! And let’s not mention the pressure from her friends and family to select the perfect marquee that would set her child a part and live up to the standard of what that name represented. Though it seems that as time has progressed our society has lost its mind when it comes to picking names for our children and it appears that now we are just throwing the entire alphabet in a hat, sticking our hands in, grabbing a handful of letters and whatever comes out that’s what we name our child (ex:Ikhyd is the name of rapper M.I.A.’s child).   .

Celebrities for the past few years have been going crazy, or as some would argue, become very ‘creative’ with naming their children so we now have to live with names like North West, Blue Ivy, Kal-El, Audio, and a host of other eccentric names that these children are going to have a hard time living up to because no one knows what they mean. What happened to good old fashion names like Barbara, Nicole, James and Bill? Are we too fashion forward now to have ‘regular’ names? Are we trying to break some sort of tradition? Or are we trying to create a new trend? I’m sure these questions will receive a variety of answers because everyone feels that they chose the right name for their child and sticks by that decision.

I remember when I was choosing names for my children it was extremely important to know the meaning of those names because I didn’t want to ‘curse’ my children by giving them a name that meant something horrible. So I chose wisely by selecting Anthony for my first born, which means “strong-willed”, Darion, for my middle son, which means “gift” and Jaiden, for my youngest son, which means “God has heard, thankful”. Pretty good, right? And so far they have all lived up to those names. I was also blessed to give birth to a beautiful little girl, who’s name has so much history, its sometimes hard to talk about.

A few days ago the internet was ablaze with the naming of Vin Diesel’s new baby girl because he chose to name her Pauline after his beloved friend/brother, the late Paul Walker. For him that was not only his tribute to his friend, but also a way to keep his memory alive. As I was reading all of the articles it brought me back to my daughter and her “naming” story. When I became pregnant with her my oldest son was almost two years old and I was picking up the pieces of that failed relationship and in no way wanted to have another child. However things didn’t quite pan out the way I wanted. So I embraced the idea of becoming a mom again and went in search of the perfect name and I found it; Amira, which means “Queen” and her middle name was going to be Tarae, which was a combination of my first and middle name (Tanisha Renee). It was set in stone and nothing and no one was going to change it. Or so I thought.

One day when I was about six months pregnant, my baby sister Crystal, was in town for a visit. Myself, her and Anthony were just laying down in my room watching TV when the baby started kicking (the most exciting part of being pregnant). So I grabbed their hands to feel the kicks and then we went back to watching TV. Out of nowhere my son placed his hand on my stomach and said “Crystal”. Now initially I thought he was trying to get his aunt’s attention but there was a different tone in his voice. So out of curiosity I asked him, “Do you want to name your sister Crystal?” and he replied, “Yes I do”. (We all knew that she was his favorite auntie but it was still weird to have a two year old choose a name for baby.) My sister and I looked at each other puzzled not really sure what to do with this decision at all. Well to make a long story short I decided to honor my sons request and named his sister Crystal Amira Tarae. So not only was my son happy but my sister felt honored to have her niece carry her name.

After sitting there thinking about my story and Vin Diesel’s, I text my sister to ask her about how she feels now about baby Crystal being named after her given the fact that she’s no longer with us and this was her reply:

“Oh yea. I saw that too. In their case its really sweet. And of course I looooved that my baby wanted to name her after me. But I always get a slight chill whenever somebody says “baby Crystal”. I know her name didn’t have anything to do with her passing. But I guess bcuz her being named after me was so special, I sometimes feel sad about it. Like why did the one child named after me have to pass away? Then I already have a complex about my endometreosis, not knowing if I can have kids. (Not that I want any right now) but it makes me feel like damn I might not be able to have kids and then the one who gets my name doesn’t get to live. Logically i know it doesn’t make since, but that’s what i feel sometimes.”

What’s crazy is I too feel the sadness behind naming my daughter after my sister and often times feel a sense of guilt because it is already hard to swallow the idea of her death but now my sister has to also deal with her being her namesake.  I will admit though that if I had to do it all over again and in thinking about what “Crystal” means, I may not have honored my sons request because unfortunately my daughter lived up to her name completely (Crystal means “Ice”). We all know that the life of a cube of ice isn’t very long once it’s removed from the freezer (curse); it is not only cooling but is used to solve a lot of problems. We also know that a queen holds the castle together and helps to enure that everyone around her is happy, loved and taken cared of (blessing); and in her short time here on earth she did both. Her life and death soothed a lot of wounds within myself and family unit as a whole. Sometimes I question my choice and wonder did I in fact “curse” her but now even through the tears I can still smile knowing her life was not in vain.

We must remember that our names are a representation of what we are and possibly who we will become. They can make or break us in the corporate world when trying to gain employment, cause us to be ridiculed on the school playground, be the starting point of a successful life, or be instrumental in keeping wonderful memories alive in our hearts. So be wise in your choosing because the history behind that name will live on and on. 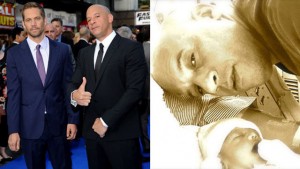 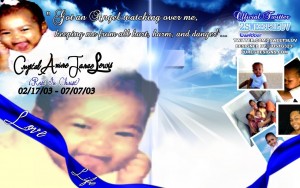 Tee Renee
Tanisha Renee Gladney, aka Tee Renee, a native of Oakland, CA, mother of three handsome boys, and self-proclaimed "Jill of All Trades", fell in love with writing and telling stories as a little girl. Her mother says that ever since she could talk, Tee Renee would give you every detail of the story instead of just giving you the highlights like most people do. Her first try at public writing was a poem she wrote for a Black History program in high school and she has been hooked ever since. Through the years Tee Renee has been involved in writing by helping people with various writing projects, lending her literary skills to Swag Magazine CA as a contributing writer, interviewer and editor, and blogging on a variety of subjects. After years of keeping ideas, story lines and characters in her head and heart, Tee Renee has finally decided to share this gift with the world. As an avid reader herself, she thrives for the kind of story that makes you feel like you are right there with the characters and that is exactly the kind of feeling she intends to give to her readers through her projects. A brand new author signed to KPG, she is extremely excited about her debut novel ‘Neighborhood Kandii’. In her spare time Tee Renee enjoys cuddling up with a good book, watching movies, and spending time with her loved ones. Her life’s mantra is ‘To love hard, live everyday as if it was your last, and laugh until you can no longer breathe’!

Clock strikes 6AM and you're woken up from your slumber; not by the alarm clock but by your precious little bundle of joy. Time...
Read more
Parenting

9 Games to Play at a Sleepover with your Kids

There are so many fun games to play at a sleepover! How do you know what games your kids want to play? We’re here...
Read more