5 Women Made Inventions that Men Took Credit For 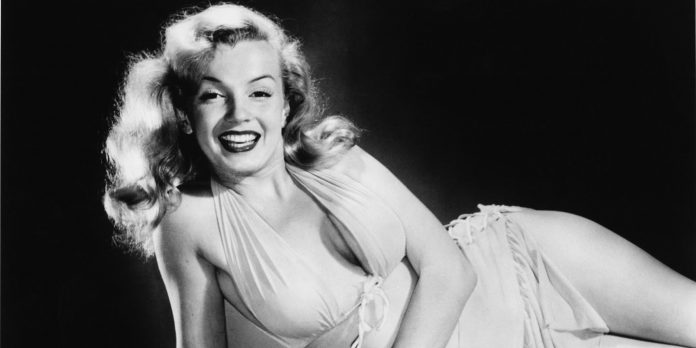 Throughout history, men have been responsible for the inventions that have sculpted the world into what we know it as today. The light bulb, telephones, the car, it goes without saying that male inventors have certainly played a large role in the innovation of our society. In our earlier years, men were the leaders in pretty much everything. Women were here to take care of the men. Cooking, cleaning, looking after the children, and were not really taken seriously. Oh, how times have changed. Today we are going to take a look at some ladies that had a lot more to offer to the world than a hot meal. These are 5 things that were created by women, but men got to take credit for.

The modern bra is known to have been created by Otto Titsling, fitting name, who worked at a women’s undergarment factory. Legend has it that in 1912, Otto met an opera singer who was complaining about the discomfort her standard corset was causing her. Otto and an assistant worked together to create “The Chest Halter” which would later be redesigned and renamed to our good ole’ brazier. As lovely of a story that is, it is completely untrue. The Bra’s true inventor was a woman named Caresse Crosby in the early 1900s. Caresse was getting ready for a ball one evening, when she found herself in a tussle with her corset. She called for her maid to bring her silk handkerchiefs, ribbons, and a needle and thread, and quickly fashioned the first ever bra. She patented her invention as “The Backless Brassiere” but soon after sold her design to the Warner Brothers Corset Company for only $1,500. Warner Brothers dropped Careese’s name from the idea, and went on to make a fortune.

During the second world war, Hedy Lamarr, a beautiful and famous Hollywood actress, and composer George Antheil, worked together to create what they would call “Frequency hopping”. This technology could have prevented military radios from being bugged, but her patent was not taken seriously, and Hedy’s idea was swept under the rug. That is, until the government realized that they could use her idea and slowly began developing technology based on it. Hedy got absolutely no credit for this. Right before Hedy’s death in 2000, a researcher found the true origin of this technology, and she was given the Electronic Frontier Foundation Award. Hedy’s invention is the basis of our modern technology like WiFi, GPS, and Bluetooth which are multi-billion dollar industries today. Unfortunately, neither Hedy, nor any of her family members have ever received a dime from this world-changing idea.

In the 1940’s, new mom Marion Donovan became overwhelmed with the amount of diapers she had to use, clean, and reuse. You mothers out there know what Marion was talking about. Diaper after diaper, and sometimes even in-between. Using a shower curtain, somehow, Marion began developing her idea of a disposable diaper. The idea wasn’t as popular as expected at first, and 10 years later, Victor Mills stole her idea and started his own diaper company. He called it Pampers.

Paper bag factory worker Margaret Knight, had the thought that paper bags would be easier to use if the bottoms were flat. She created a machine that mass produced paper bags with their flat, square bottoms. When trying to patent her invention, Charles Annon took her idea and got it patented himself. Luckily, this story has a happy ending, and Margaret took Charles to court, and won. Her flat bottom paper bags were patented in 1871.

30 years before Monopoly was released, a woman named Elizabeth Magie came up with a game that she would call “The Landlord’s Game.” Her mission in creating this game was to expose the evil of business monopolies. Ironically, it was exactly that which left Charles Darrow unemployed, and broke. Charles would go on to develop and exact copy of “The Landlord’s Game” and pitched it to Parker Brothers as “Monopoly”. The game is still one of the most purchased board games in history, and it’s true inventor only pocketed about $500 for its creation.

There you have it. Women didn’t have the voice back then that we do today. Today we have women in almost just about every industry, and even in politics. We all take away something different from these articles, but what I have learned is, always patent your good ideas, and never talk about your invention ideas with a man named Charles.

By: Farrah Lee Women by nature, me included, tend to overthink everything. There is a concrete difference between what actually is there, and what we...
Read more
Careers

9 Tips for Starting a New Job

Photo credit: @fbleephotos Starting a new job is never easy. Because you are the newbie, people are constantly critiquing and forming opinions. Making a good...
Read more
Careers

Five of the Most Powerful Business Women in the U.S.

Even though we’ve come a long way from where we started, women in the workplace continue to experience a different set of standards than...
Read more