10 Little Known but Incredible Dishes from Around the World 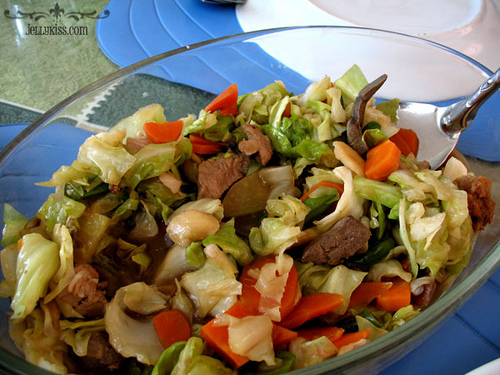 Eating the same fast food meal day after day can become exhausting, and it wouldn’t be a surprise if you start looking for new exotic dishes sooner or later. If you have already reached that point, then why not go for foods that cannot be easily found at your neighborhood deli?

Munching on international dishes may look expensive at first, but if you have cooking skills, then you will realize that they are actually easy to make. You just have to use the right ingredients properly; after all, most of them can be done with a budget of $10 or less. You can even make use of the ingredients in your fridge, in case you are looking for ways to use them before they spoil.

Among these 10 incredible dishes are:

Adobo is a dish that’s popular in Spain and its former colonies in Latin America and the Philippines, but remains unknown to the rest of the world. This dish can be made of chicken or pork that’s sautéed in garlic, onions, bay leaves, some black peppercorns and simmered in soy sauce and vinegar. What makes this dish delicious is that the chicken or pork absorbs flavor from all the ingredient found in the sauce.

Ceviche is popular by name, but you may want to get to know more about the dish itself. This South American dish is made of fish or meat fermented in salt and lemon juice, with a mix of chili peppers. It’s a perfect beer match, though you may want to wait a few hours for the meat to cook under the salt solution.

If you’re looking for a spicy curry dish that doesn’t cost as much as it does in an Indian or Thai restaurant, then try the Massaman variant. It consists of ox tail, garlic and onion, ginger and curry sauce. The good thing about this curry is that you can use the curry sauce found in the supermarket, making the dish easier to prepare.

Pancit is a noodle dish that’s popular in the Philippines. You can make a platter of this spaghetti alternative by sautéing onion and garlic with some cabbage and carrots, then adding vermicelli noodles soaked in chicken or pork stock. It is seasoned with soy sauce and pepper, and topped with shredded meat and a sliced hardboiled egg.

Crab relleno is a traditional stuffed crab dish that’s famous in Spain and Portugal. You can easily make this dish as the ingredients can be found any supermarket, although the preparation takes some time. When making crab relleno, you have to boil the crab, then remove their meat, and sauté it with herbs, spices, some egg and ground pork. You will use this as stuffing for the crab shells, which you can then deep fry.

If you want a spicy version of this dish, you may add a few chili peppers in the stuffing mixture before you add it in the shells.

Are you looking for a hearty meal during a cold rainy day? Then instead of the usual cereal, use rice instead. You may want to cook arroz caldo, a rice porridge popular in Asia. In this dish, you will have to sauté garlic cloves in oil until they become golden brown, followed by chopped chicken pieces. Once the meat is brown, you may add uncooked rice and water, followed by ginger and some seasoning of salt, pepper and fish sauce. The dish is finished when the rice has boiled and transformed into porridge. You can top it with sliced pieces of boiled egg and garlic bits to compete the meal.

The Pavlova is a famous dessert in Australia, and although it looks regal, this baked sweet is actually easy to make. All you have to do is beat several egg whites in white sugar and some cornstarch until it forms a fluffy texture, the same way you do with icing. Then you will have to bake the mixture so it becomes a big stiff merengue. It has a hollow interior though, and you may want to carve that out to add some fruit of your liking.

Spring rolls are a common pica-pica treat, but if you want a sweet alternative, you can go for sweet wanton rolls instead, which are common in Southeast Asia. Instead of wrapping ground meat, you will use sliced bananas topped with brown sugar for the filling, then deep fry the rolls. You can also add more sugar while frying to create a caramel coating on the rolls.

If you are tired of the usual sandwiches you take to work, then try working on an empanada. This Argentinean dish is made up of a pastry stuffed with meat filling and deep fried until golden brown. You can create your own version using puff pastry dough that you can buy in the supermarket, cut it into circles and fill it with cooked ground pork or beef. You can close the circle by folding it in half and folding its edges then fry it in deep oil until golden brown.

Finally, there’s chopsuey, a supposedly Chinese dish that was born in a California diner. This dish is a guilty pleasure among aspiring vegetarians, as the majority of its ingredients are vegetables. You can do this dish by stir-frying garlic, onions, carrots, cauliflower heads, mushrooms and some greens (depending on what’s available in your fridge), then season it with salt, pepper, and meat broth. You can also add some meat stock to add more flavor, then bring it to boil until its sauce thickens. To complete the dish, you will have to top it with shredded chicken or pork and some shrimp.

Chopsuey usually costs a lot in traditional Chinese restaurants, but you can quickly put this on your table if you happen to have a bunch of vegetables lying around in your fridge. It’s also a good side dish to meat entrees, thus allowing you to add a healthy course on your usual dinner menu.

I got married in July 2018, but we were not rich. In November, I gave birth to a bouncing baby boy! As...
Read more
Diet Tips

Have you ever found yourself rotating the same recipes because you can't seem to find sufficient sources of protein? Well, you’re not the only...
Read more
Travel

5 Hacks For Booking Your Ideal Vacation

About one in 10 Americans have never left the comforts of their home, according to a recent travel survey. The poll also learned that 76 percent among...
Read more