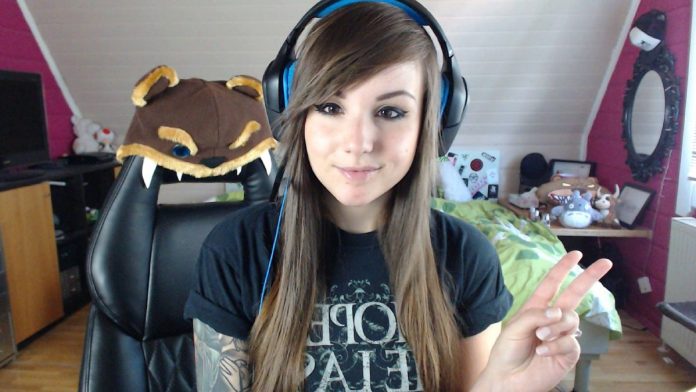 Female gamers are all the rage as old stereotypes fall away and new cultural norms are established. It serves to follow that as female gamers became more popular, many of them would move to a popular mode of moneymaking and fame: YouTube.

Successful female gamers and streamers are the new rage, and we feel it’s our duty to elevate these lovely women to the pedestal they deserve in society. Enjoy this list of the top female YouTubers.

LilyPichu is one of the most popular League of Legends gamers in the world. She has a popular YouTube channel as well as a Twitch stream to both of which she streams and broadcasts her games. She is known for blending her videos with hand-drawn, anime-based sketches.

LilyPichu is one of the top female YouTubers in the world. In addition to her personalized touches, she also offers walkthroughs and a glimpse into Japanese and Korean culture. Many of her videos receive over 250,000 views apiece.

Pokimane, named Imane Anys, is another top female YouTuber known for streaming League of Legends and Fortnite. She has 3.4 million subscribers on Twitch and two incredibly popular YouTube channels.

Butting heads with LilyPichu as one of the most famous female League of Legends streamers, Pokimane is so influential in gaming and video production that she was nominated as Content Creator of the Year in 2018.

Miss_Rage is an unusual female gamer from Austria. Although she broadcasts frequently as she plays games such as League of Legends, World of Warcraft, and Overwatch, she does not have a set schedule or times like many successful peers.

Miss_Rage is popular for her live broadcasts, giveaways, stream highlights, and more. While it’s impossible to predict when her next video might appear, they’re well worth a watch.

Tiffany Garcia, screen name iHasCupquake, is a top female YouTuber with some experience. Her videos have been circulating the internet since 2010 and have amassed over 2 billion views in the decade since.

Garcia began with League of Legends in her early days, and though she still returns from time to time, her YouTube fame came after switching to Minecraft. Currently, she has well over 6 million subscribers to her name.

Sonja Reid is a one of the top female YouTubers who frequently streams both League of Legends and Minecraft. She has over 750,000 subscribers on her Twitch channel as well, as she is popular on multiple platforms.

OMGitsfirefoxx, like many famous female gamers, started with an interest in the technological side of things. In her case, it was computer programming. However, playing games – rather than creating them – proved to be her true calling, and here we are today.

While this list includes some of the top female YouTubers who enjoy playing League of Legends for their audiences, it is by no means a comprehensive list. There are hundreds, even thousands, of famous or up-and-coming female YouTubers and gamers, and we’ll see even more of them in the coming years.

5 of the Best Female Game Characters

Video games have grown and evolved quite a bit since Pong. They have gone from arcades, to home televisions, and visual graphics have gone...
Read more
Gaming

Let’s get real here. Most video game are made by men and have male leads but you can now find more women gamers and...
Read more