The Passing of a Legend : Doris Day 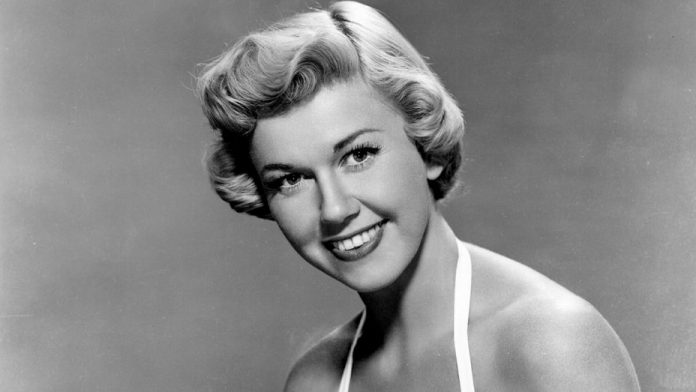 On April 3rd 1922, Doris Mary Ann Kappelhoff was born. On that day no one could have guessed who this little baby would become. I personally believe that this woman was meant to be who she was. Today, we will be taking a look at the life, and legacy of the amazing Doris Day.

A Star is Born

Doris was born in Cincinnati Ohio to a housewife mother, and a music teacher father. She has two older brothers, Richard, who passed away before she was born, and Paul. Her parents separated early in her life, but this never held her back. Doris developed a passion for dance very early in her life. In the mid 1930’s, Doris and Jerry Doherty became a dancing duo and performed at local venues in Cincinnati, until 1937 when a car accident caused a leg injury and her dancing career was over. About one year later, while singing along to the radio, Doris discovered that she had a natural talent for singing as well. Doris’ mother noticed this hidden talent as well, and decided to sign her up for singing lessons. After 3 classes with teacher Grace Raine, Doris’s mother was told by the teacher that Doris had “tremendous potential” and offered to give Doris three lessons a week for the price of one. Doris would go on to say that Grace had the biggest effect on her singing career. In 1941, Doris would begin singing with the Les Brown Band. They recorded songs and ended up having seven top ten hits on the billboard charts.

Life on the Silver Screen

After 2 years of performing with the Les Brown Band, Doris recorded her second hit record, “My Dreams Are Getting Better All the Time”, and this led her directly to her acting career. Jule Styne and his partner Sammy Cahn were so impressed with Doris, that they recommended her for a role in “Romance on the High Seas”. She got the part which came as a shock to her and she immediately told director Michael Curtiz that she was a singer with NO acting experience. Curtz said that he liked that she was honest and wasn’t afraid to admit that she had no experience. According to Curtiz, Doris was the discovery that he was most proud of in his career. Her first film led to another and Doris became a star. Her most successful time as an actress began in 1959, when she was cast in a series of romantic comedies starting with “Pillow Talk”. Her reputation and stardom blossomed, begging her 6 golden globe nominations from 1959 to 1969.

When it All Came Crashing Down

In 1968, Doris’ third husband, Martin Melcher passed away. Not only was Doris mourning the loss of her husband, but she also discovered that he and his business partner, Jerome Bernard Rosenthal had spent all of her money. This left her in debt until 1979, when she finally received compensation through a court settlement against Jerome. That wasn’t all though, she also realized that before his passing, her husband had also committed her to a television series that would eventually become The Doris Day Show. Although she hated the idea of performing on television, she felt obligated to do it and the first episode aired on September 24th, 1968.

In 2004, Doris Day was awarded the “Presidential Medal of Freedom” by President George W. Bush for her achievements in the industry, and also for her work as an animal rights activist. She also received three Grammy Hall of Fame Awards in 1998, 1999, and 2012, along with being inducted into the Hit Parade Hall of Fame in 2007. In 2010, she received the first ever Legend Award. In 2010, at 89 years old, I know right?!?, Doris released “My Heart” in the UK, her first new album in almost 20 years. When it was released in the U.S. it climbed to #12 on Amazon’s Bestseller list which helped raise funds for her animal foundation.

Doris passed on May 13th 2019, at the age of 97, after contacting pneumonia. Her charity, “The Doris Day Animal Foundation announced her passing and also claimed that she was “in excellent physical health for her age” and also announced that there would be no funeral, memorial service, or grave marker. Her passing has resulted in a mass mourning from today’s stars of Hollywood, many of them taking to twitter to give their condolences to her loved ones.