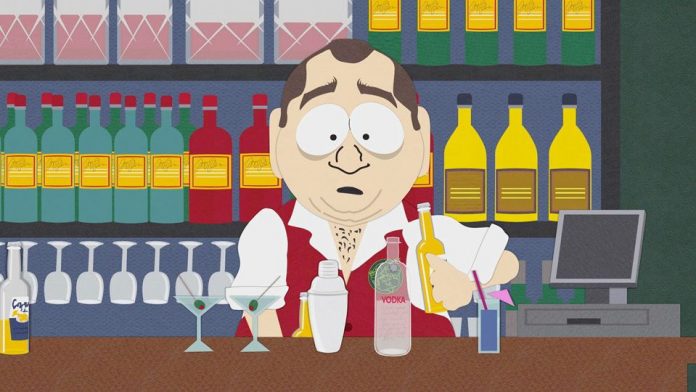 All characters and events in this game–even those based on real people–are entirely fictional.

The following game contains coarse language and due to its content (and copious alcohol consumption) it should not be played by anyone.

Take One Drink If…

Different quantities of drinks are required for different elements of the show and storyline. Sometimes the catalyst for taking a drink will be a repeating theme within the plot, and sometimes it will be a catchphrase or musical cue that happens throughout the show. The parameters for taking one drink include every time each character in the list performs the stated action:

So there you have it. The perfect plan for whiling away an evening with sidesplittingly inappropriate comedy and the best drinking game you have played since college. In addition to these basic rules, there are also special challenge rounds for specific episodes or seasons as well as the full-length movie. Pour yourself something to drink, turn on the TV, and let the hilarity ensue.

One of the biggest duties of the Maid of Honor – or any girlfriend excited for her best bride – is to plan the...
Read more
Culture

I was watching some melodramatic high-school based Hulu show tonight, and the music, for some reason, took me back. The situations the characters were in took me back, and my mindless jabbering through shows brought me to some honest revelations and memories that I had basically blacked out.
Read more