YouTuber Sentenced to 10 Years in Prison 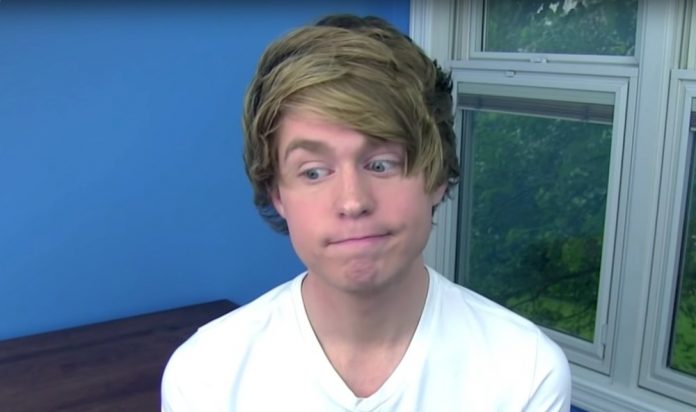 WARNING: SOME READERS MAY FIND THE DETAILS OF THIS STORY VERY DISTURBING. CONTINUE WITH CAUTION!

In 2007, a new musician emerged in the world of YouTube. Austin Jones was a successful singer, best known for his a capella covers of popular songs. His career blossomed, and he became beloved by the YouTube community. His fans were mostly young girls under the age of 18. In 2015, reports surfaced that he was contacting some of these girls and asking them for explicit photos and videos. Austin admitted to this and posted an apology video, somehow avoiding any real trouble. He continued posting videos of his songs and remained a popular entertainer. All of this came to an end in 2017 when he was finally arrested. Here is his story.

Throughout Austin’s YouTube career, he asked young female fans to send him photos of themselves in skimpy outfits. He also asked for videos of them dancing or twerking. One fan in particular uploaded a video to YouTube titled “Austin Jones Asked Me For Videos (With Screenshots),” sharing text messages that she received from Austin and talking about the things he asked her to send to him. (We will talk more about her later.) Austin admitted to contacting over 30 of his young fans to ask for videos. He was fully aware of the girls’ ages and even asked them to state their age provocatively in these videos.

Austin sent the fans “instructions” on what to do and say in these videos. “At the beginning, get super close and say these lines: ‘Hey Austin, it’s (girl’s name), and this butt is (age) years old.’ Then make it clap for 30 seconds, got it?” he said to one fan. At the time of his arrest, Austin had over 500,000 subscribers on his YouTube channel, and I personally believe he would have contacted them all had he not been caught.

Back to the fan we spoke of earlier…On June 15, 2017, Aurora Skies posted her own video talking about her personal experience with Austin Jones. “When I was about thirteen, I really, REALLY looked up to this guy. He was like my actual idol,” she states. She says she had all of Austin’s music and put photos of him all over her walls. For her fourteenth birthday, she received an Austin Jones hoodie and posted a photo of herself wearing it to her social media page. About 10-15 minutes after posting the photo, Austin liked her photo and sent her a message.

Let’s think about this for a second–your favorite singer or actor/actress just liked your tweet and sent you a message. How are you going to feel? Of course, Aurora was shocked and thrilled that her photo had actually reached this guy. The two messaged back and forth for a while, and Austin asked if she played any sports. She told him she did something sort of like cheerleading, but it was for parades. This is where things got creepy. Austin asked her to send him a video of her dancing. She told him that she didn’t remember the routine, so he told her to put on her uniform and “just freestyle a little bit.” Aurora states in her video that she sent Austin a non-sexual photo of herself in her uniform, but she refused to send him a video of herself dancing. He insisted and asked her to twerk for him, telling her it would make him happy. He “began guilt-tripping her,” she says, when she still refused.

No One Believed Her

Aurora told a few people about the interaction, but she said no one would believe her. Finally, two of Austin’s friends posted about what Austin was doing. No one believed the first of the two friends either. When the second friend spoke out, people started taking it seriously, so Austin posted an apology video to his YouTube channel.

Is It Too Late To Say Sorry?

Austin’s apology video wasn’t sincere, but his fans gave him a second chance and his channel remained popular. He admits in a video (that has since been taken down) that he “used to ask fans for twerking videos.” He says, “It’s not something that I’m proud of; it’s not something that I think is right, and I shouldn’t have done it.” No duh, dude! He went on to blame his actions on his tough childhood and his desperate need for attention. Of course that wasn’t the end of it. He continued to message his young fans, telling them to prove that they were really his biggest fan.

Where Is He Now?

Three years after Austin Jones messaged Aurora, he was arrested and charged with soliciting explicit videos from two underage girls. On May 3, 2019, Austin was sentenced to 10 years in prison for one count of receipt of child pornography. It is truly a shame that it took this long to get Austin behind bars and that the girls he contacted will have to carry this memory with them for the rest of their lives.

This is not as unordinary as it sounds. Young children, both girls and boys, receive messages like this every day. It is our job as parents to keep our children safe and prevent people like Austin Jones from entering their lives. What is truly disgusting about all of this is that this man used his fame to bribe these girls to do something they probably never would have done for anyone else. Please monitor who your children message and what they do on social media. Unfortunately, there are people like this out there, and we have to protect our children and ourselves.